... i jeden z jej utworów:
"The highway man"
The wind was a torrent of darkness among the gusty treesThe moon was a ghostly galleon tossed upon the cloudy seasThe road was a ribbon of moonlight over the purple moorAnd the highwayman came riding, riding, riding,The highwayman came riding, up to the old inn-door.He'd a French cocked hat on his forehead, a bunch of lace at his chin,A coat of claret velvet, and breeches of brown doe-skin;They fitted with never a wrinkle; his boots were up to the thigh!And he rode with a jewelled twinkle,His pistol butts a-twinkle,His rapier hilt a-twinkle, under the jewelled sky.Over the cobbles he clattered and clashed in the dark innyard,And he tapped with his whip on the shutters, but all was locked and barred;He whistled a tune to the window, and who should be waiting there But the landlord's black-eyed daughter,Bess the landlord's daughter, Plaiting a dark red love-knot into her long black hair. "One kiss, my bonny sweetheart, I'm after a prize tonight, But I shall be back with the yellow gold before the morning light; Yet if they press me sharply, and harry me through the day, Then look for me by the moonlight, watch for me by the moonlight, I'll come to thee by the moonlight, though hell shall bar the way. He rose upright in the stirrups; he scarce could reach her handBut she loosened her hair in the casement! His face burnt like a brandAs the black cascade of the perfume came tumbling over his breast;And he kissed its waves in the moonlight,(Oh, sweet waves in the moonlight!)He tugged at his rein in the moonlight, and galloped away to the west.He did not come at the dawning; he did not come at noon,And out of the tawny sunset, before the rise o' the moon,When the road was a gypsy's ribbon, looping the purple moor,A red-coat troop came marching, marching, marchingKing George's men came marching, up to the old inn-door.They said no word to the landlord, they drank his ale instead,But they gagged his daughter and bound her to the foot of her narrow bed;Two of them knelt at the casement, with muskets at their side!there was death at every window, hell at one dark window;For Bess could see, through the casement,The road that he would ride.They had tied her up to attention, with many a sniggering jest;They had bound a musket beside her, with the barrel beneath her breast!"now keep good watch!" And they kissed her.She heard the dead man say"Look for me by the moonlight, watch for me by the moonlightI'll come to thee by the moonlight, though hell shall bar the way!"She twisted her hands behind her, but all the knots held good!She writhed her hands till her fingers were wet with sweat or blood!They stretched and strained in the darkness and the hours crawled by like years!Till, now, on the stroke of midnight, cold, on the stroke of midnight,The tip of one finger touched it! The trigger at least was hers!Tlot-tlot! Had they heard it? The horses hoofs ring clearTlot-tlot, in the distance! Were they deaf that they did not hear?Down the ribbon of moonlight, over the brow of the hill,The highwayman came riding, riding, riding!The red-coats looked to their priming!She stood up straight and still!Tlot in the frosty silence! Tlot, in the echoing night!Nearer he came and nearer! Her face was like a light!Her eyes grew wide for a moment! She drew one last deep breath,Then her finger moved in the moonlight, her musket shattered the moonlight,Shattered her breast in the moonlight and warned him with her death.He turned; he spurred to the west; he did not know she stoodbowed, with her head o'er the musket, drenched with her own red blood!Not till the dawn he heard it; his face grew grey to hearHow Bess, the landlord's daughter, the landlord's black-eyed daughter,Had watched for her love in the moonlight, and died in the darkness there.And back, he spurred like a madman, shrieking a curse to the skyWith the white road smoking behind him and his rapier brandished high!Blood-red were the spurs in the golden noon; wine-red was his velvet coat,when they shot him down on the highway, down like a dog on the highway,And he lay in his blood on the highway, with the bunch of lace at his throat.Still of a winter's night, they say, when the wind is in the trees,When the moon is a ghostly galleon, tossed upon the cloudy seas,When the road is a ribbon of moonlight over the purple moor,A highwayman comes riding, riding, riding,A highwayman comes riding, up to the old inn-door. 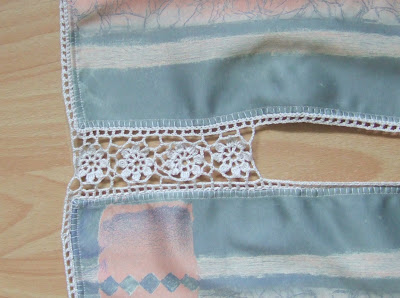 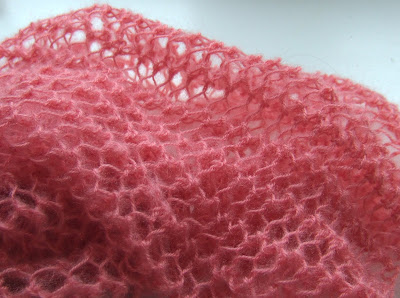